Tell us about your new PPV, show us some pictures, let us know how you did what you did!
Forum rules
One thread per car per member in this section. No thread hijacking in this section please, if it's strictly a tech discussion please move it to the appropriate sub-forum - moderators can assist if needed or requested.
Post Reply
16 posts

Was waiting for the new member build section, and here it is.

My build is mostly complete I guess you could say, but I will update this thread with what I do in the future.

Bought the Caprice from a private seller in Texas, originally was a patrol car in the Carolinas. 9C1, all stock except for the wheels (which I dig very much). 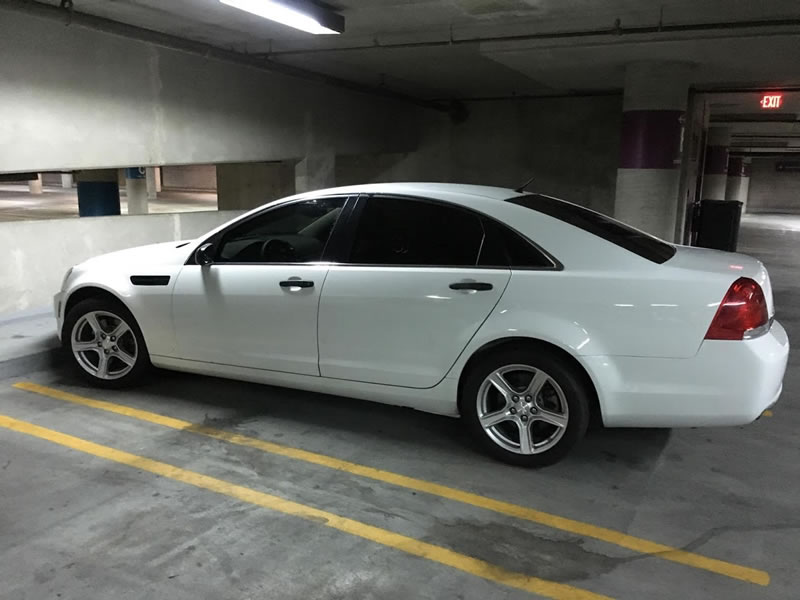 After the long drive from TX back to South Florida, I immediately started acquiring parts for the G8 interior swap. Picked up the console, shifter, front and rear seats, and carpet from a donor G8 and had everything swapped over within a week or two of owning the car. Much improved. 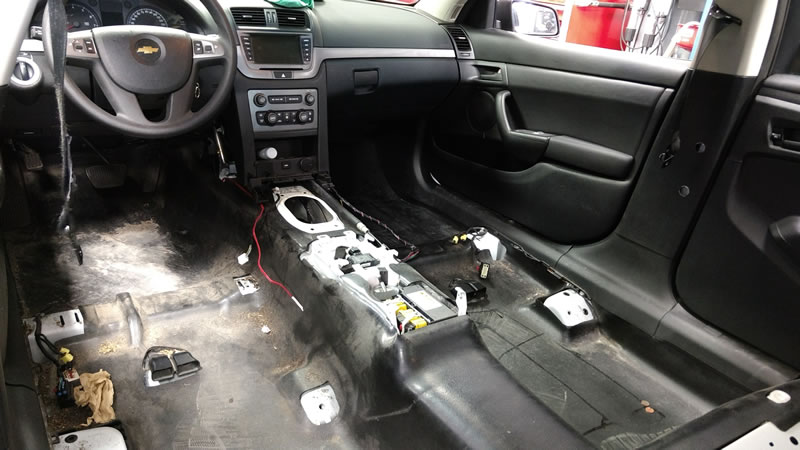 Around the same time I finished that up, I came across a deal I could not pass up on some brand new first gen CTS-V calipers. Snatched them up and put them on the car - was a great upgrade. Also installed new struts all the way around with SS springs for a slight drop. Also installed a VCM OTR intake. 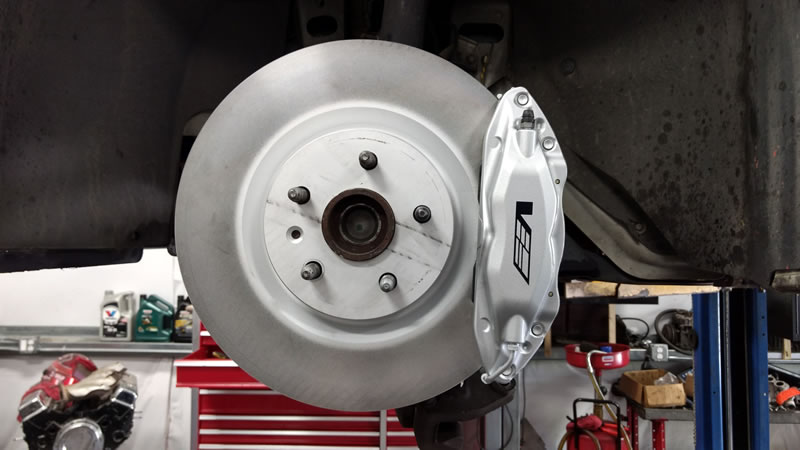 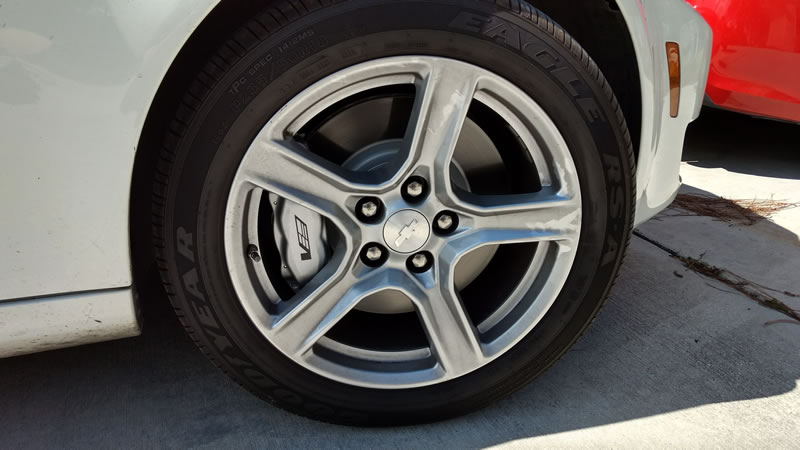 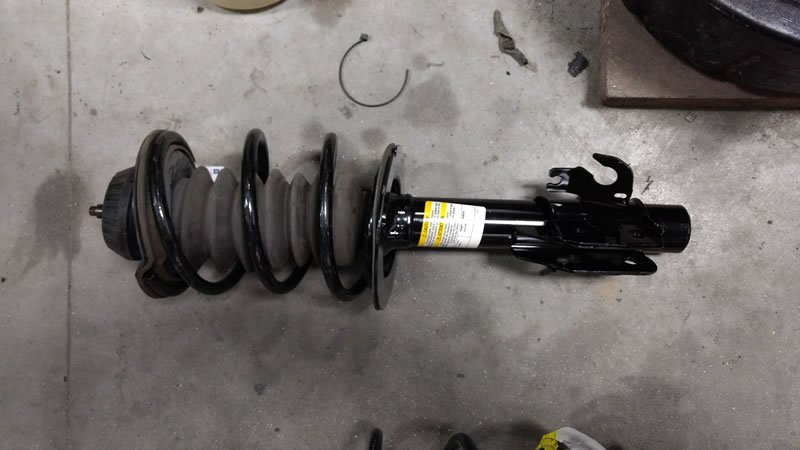 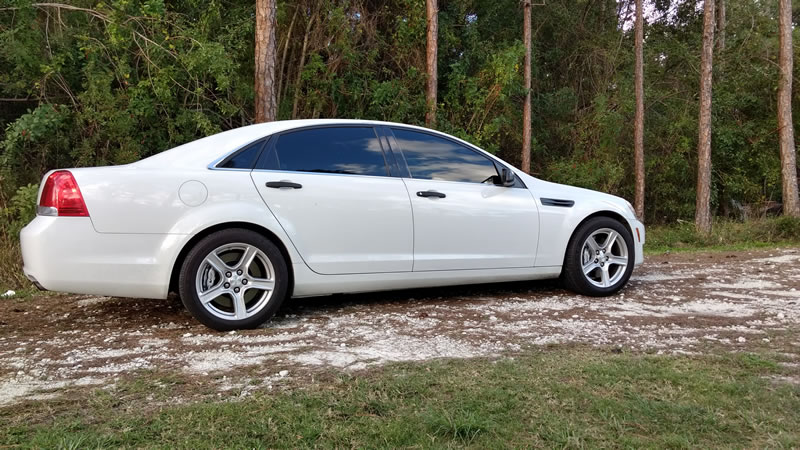 The car ran great, but you could barely tell it was on standing next to it - I ordered a Magnaflow CBE for a G8 and bolted it on without too much trouble. Had to extend the tips and midsection but otherwise like it was made for the car. 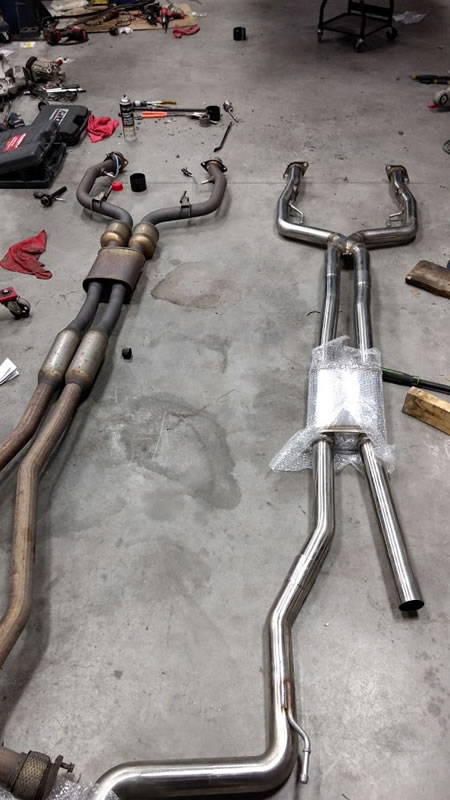 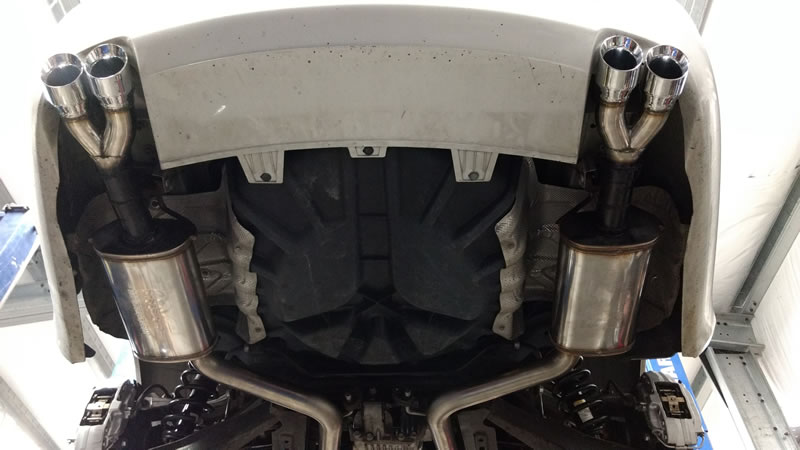 About this point is where I went off the deep end. I started gathering parts for an entire drivetrain swap. I was really missing rowing my own gears. I debated just doing an LS3 swap, vs. a DOD delete, vs LS3 w/ manual. Aside from what I had to get from GM, I got a good deal on parts and I made back a good amount selling the L77/6L80E. I've had the car for 3 months at this point. 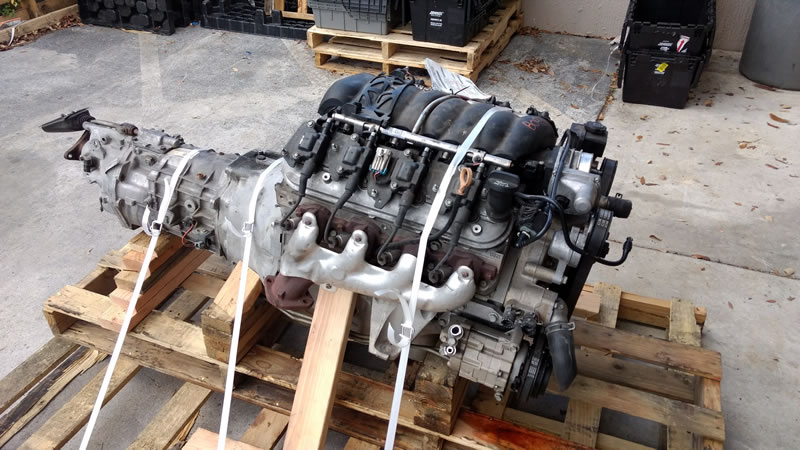 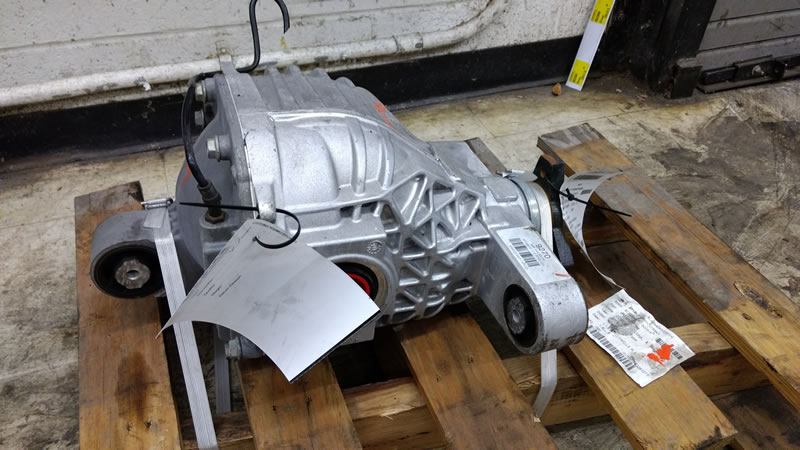 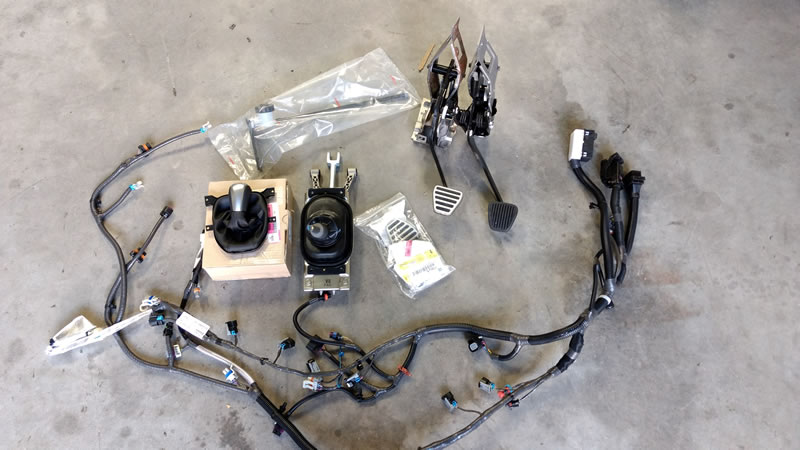 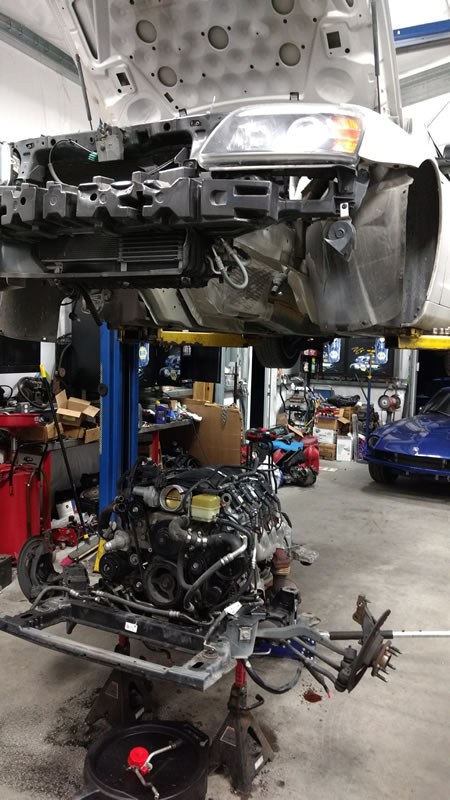 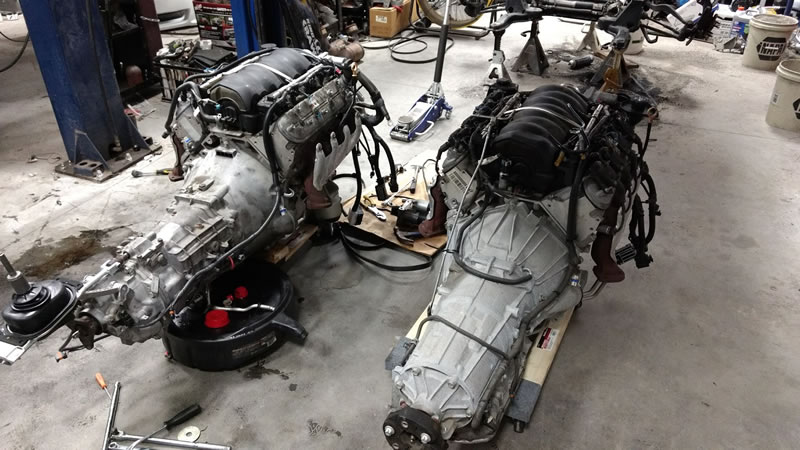 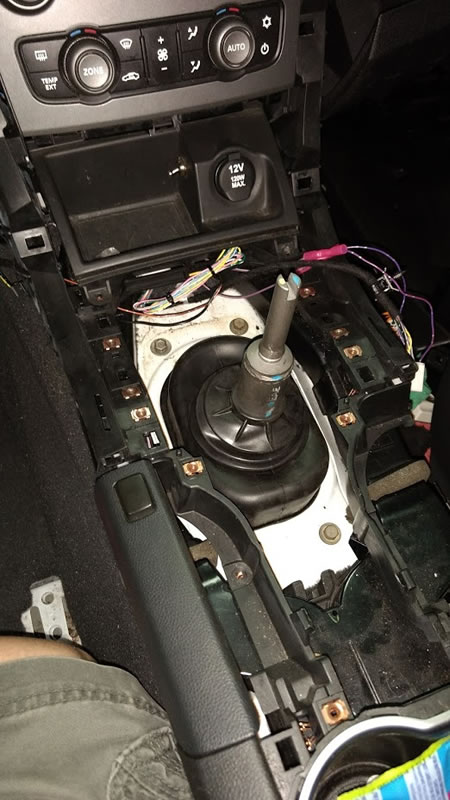 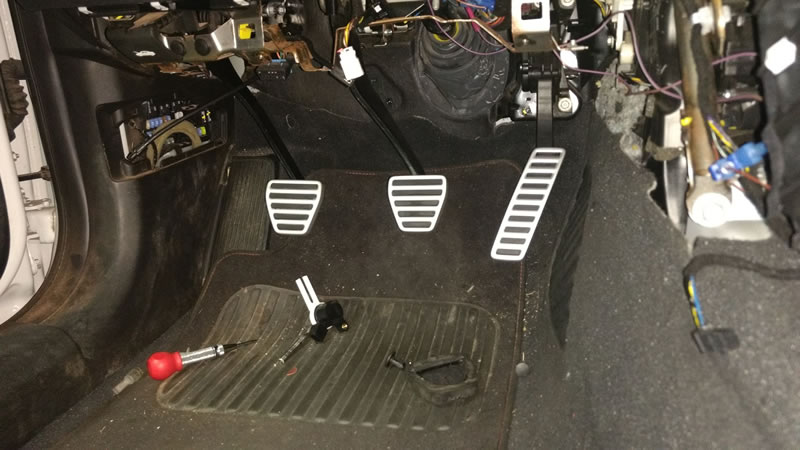 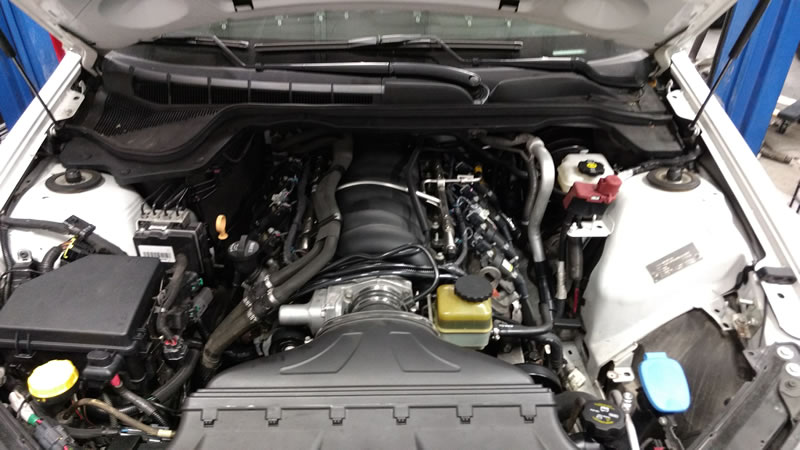 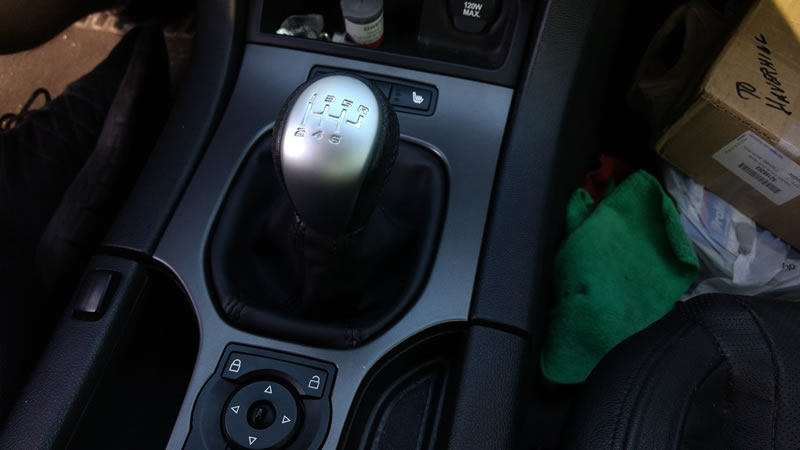 All in all, the swap went pretty smoothly and didn't really hit any big snags. Finished product is amazing. Love the slight lope at idle and the engine trans combo is great in this car. Net cost of the swap was only around $4k after I sold the original parts, and because I did all the labor. Everything looks and functions as stock. Cruise works, no warning lights, wrong indicators, etc.

Since I finished the swap the Caprice has been back to DD duties and is averaging about 16MPG in mostly city driving. Straight highway I got 21MPG.

I finally have some more work planned for the Caprice, hopefully getting done in the next week or two.

Ordered some JBA longtube headers, which I will mate up to the Magnaflow CBE. Once that is done, I will be getting the car dyno tuned at a reputable LS tuner. I have HPT but I know I'm not getting the most out of my setup and honestly there is a lot more going on in this tune than what I am used to with the older LS1 PCMs. If everything turns out well I'll probably have them tune my Datsun too

Such an awesome, clean swap. Very jealous, I would love to do this to mine someday.
Top

Got some time cleared up this weekend and got around to fitting up the JBA longtubes I have. 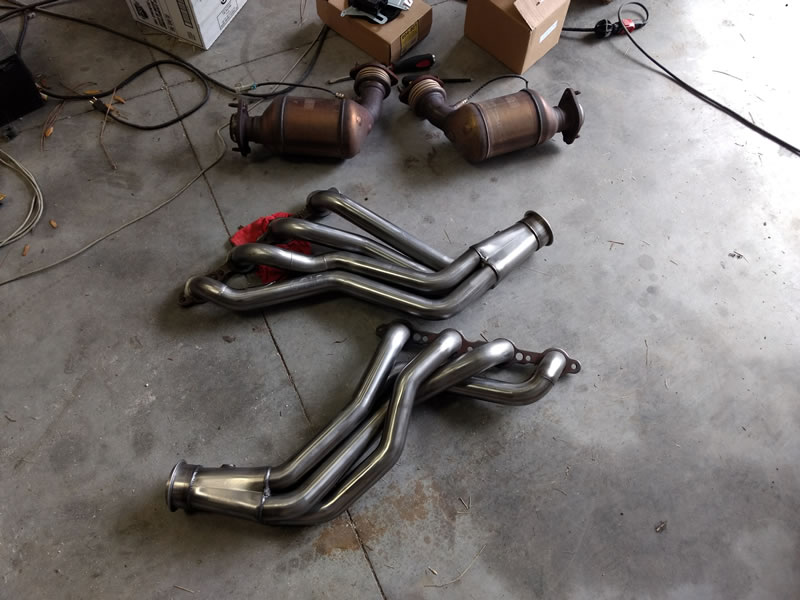 Removing the factory manifold and cats was pretty simple, but I was shocked at how restrictive the factory cat flex section is. The ID of the pipe is 1 7/8"! That's the same size as the new primary tubes 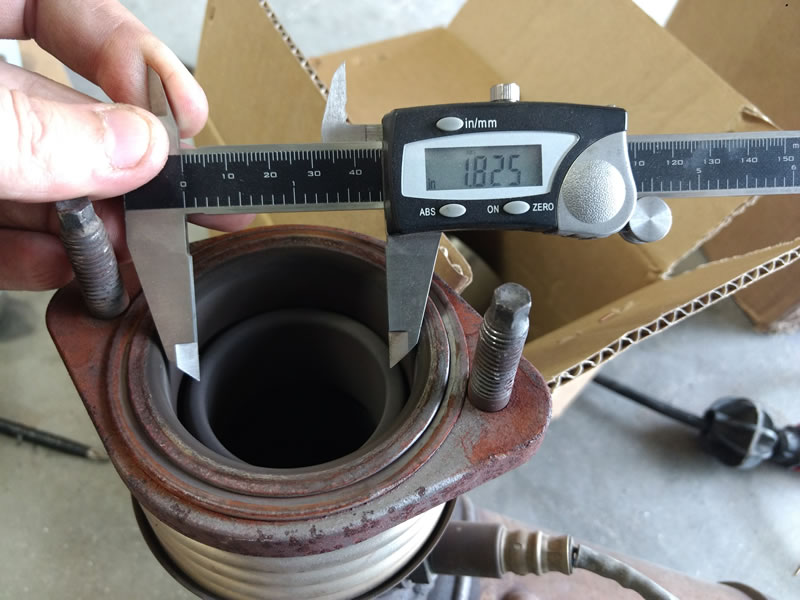 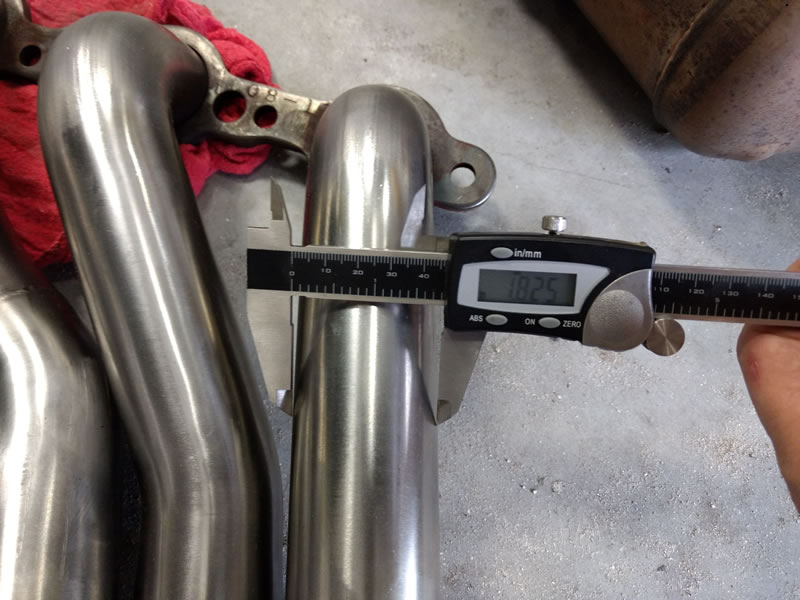 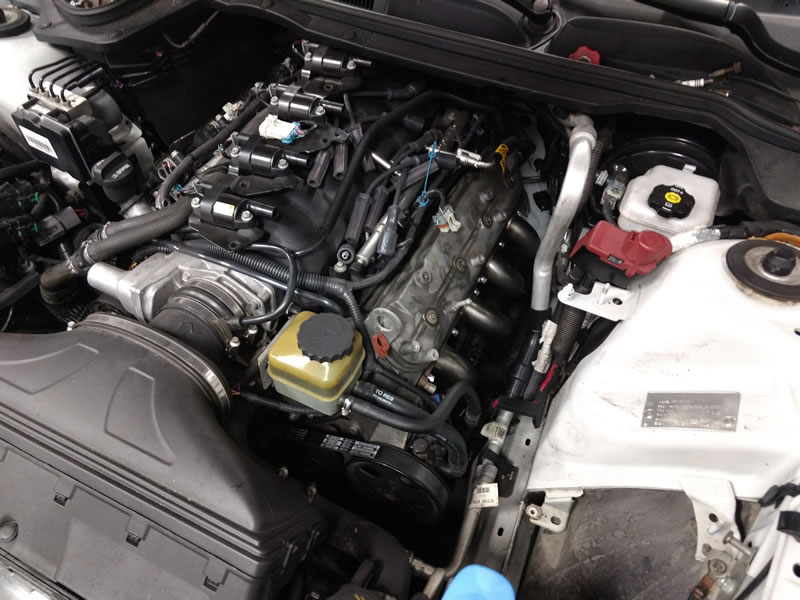 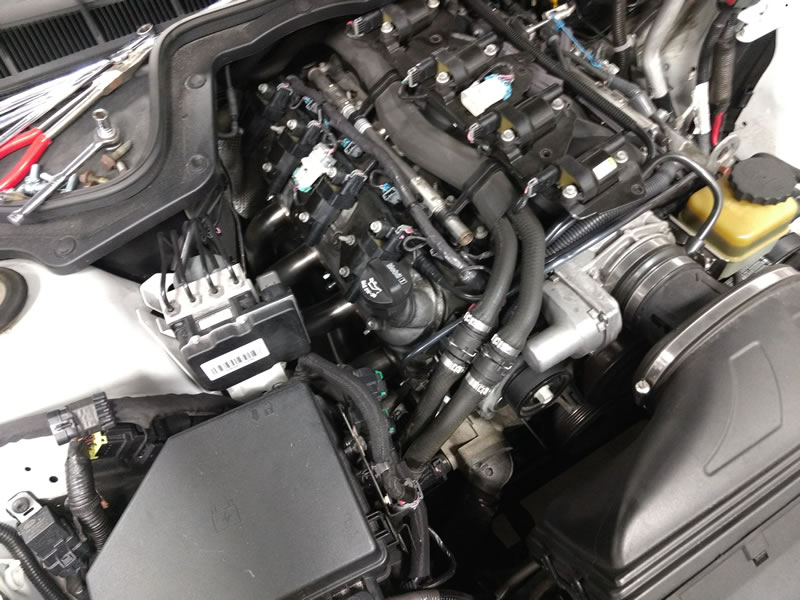 I already have the Magnaflow G8 cat-back on the car, and I was hoping it would be trivial to mate this to the headers. It wasn't a huge deal, but it turned out to be more than I anticipated because the headers actually dump wider out than what the factory cats do - so the Magnaflow setup was about 3" too narrow to meet up to the collectors. I cut off one section of pipe with a bend, and then clocked it and rewelded it to give it the correct orientation to mate everything up. Easy with a lift and the right tools. 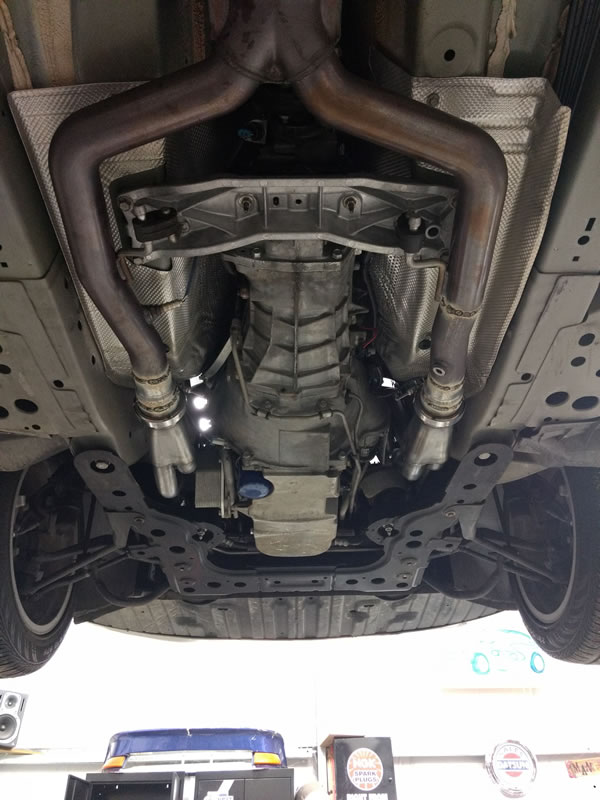 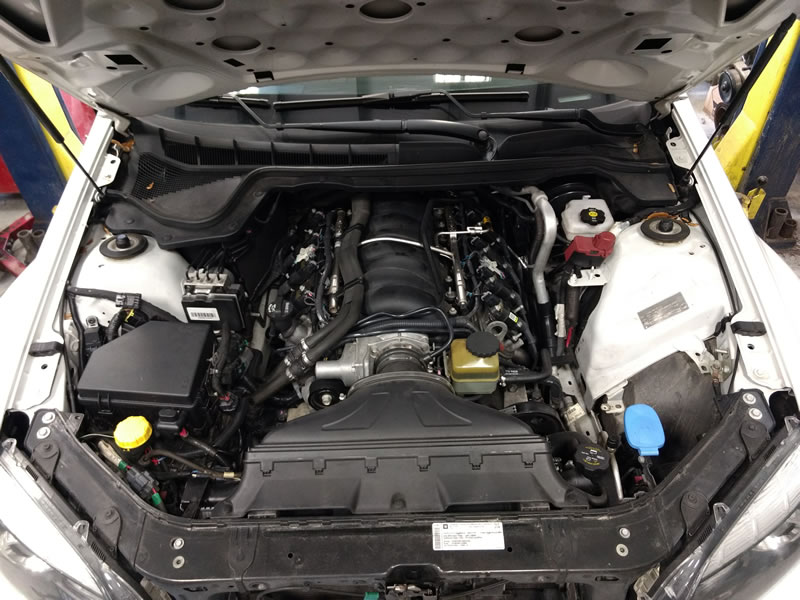 All back together - nice difference in the butt dyno and in sound. Have a dyno tuning appointment next week ... can't wait! Shooting for 400+, shouldn't be hard to come by.
Top

Mooseman wrote:Very nice work! You make it sound too easy.

Thanks! For the most part it is definitely one of the easier cars I've worked on, with the exception of wrestling with some of the interior bits.

BTW, what car are those wheels from? What size? They do look good and show off the brakes very well.
2011 Caprice PPV, 1 of possibly 3 in Canada!

Mooseman wrote:BTW, what car are those wheels from? What size? They do look good and show off the brakes very well.

Finally get to see some numbers! Had the car dyno tuned at Redline Motorsports in FL and I am impressed!

I was going to be happy with anything over 400whp, but realistically expecting 420-430whp. 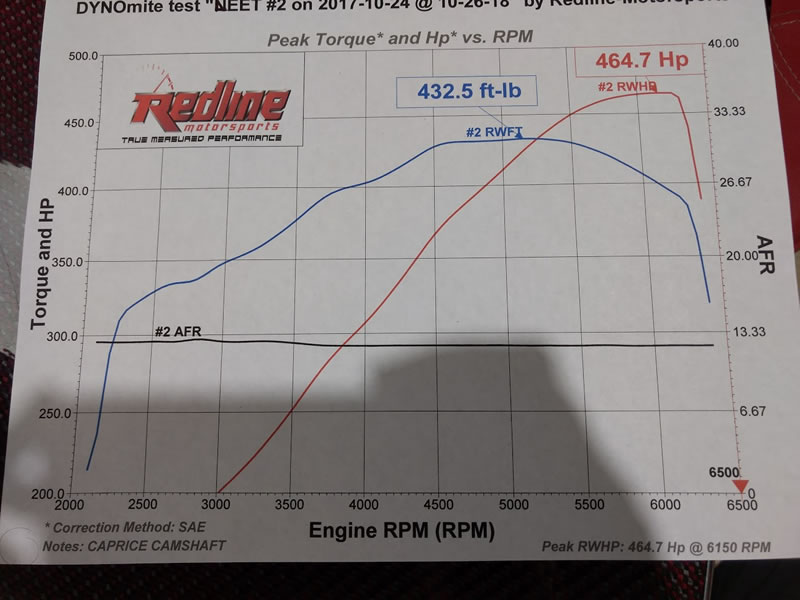