I messaged the guy whom tinted it. I'll edit this post when I hear back

EDIT: Suntek Carbon Series. Same as on my Crown Vic and Wife's Mazda. Colors have held just fine, and the Crown Vic has never seen a garage. (2+ years)
2012 Caprice
For sale (inquire within)

Figure no need for a new thread, but I finally got the Speed Clay as suggested, and tried it out. Don't know if I used it in the most effective fashion, but I am very happy with the results so thanks for the suggestion. After the clay and a coat of my Cleaner Wax, I got that glass feel like I had on my previous cars. Figure I wanted to get a nice clean in before the weather starts to turn.

My wife is driving it now much more than me while I fix her other car (Mazda in the pic). She completely underestimated how enjoyable the car would be to drive. I might not get it back.

Photo is 1024x500 something, couldn't recall what size limit was.

Forgive my shameless posting of typical pictures of a car that is mostly stock.

Oh and a younger guy driving by noticed it as I was finishing the hood and was quite excited to actually see one not on law enforcement duty. First person that hasn't mistaken it for an Impala

2012 Caprice
For sale (inquire within)

Looks good. I didn't realize that the Phantom Black has a bronze tint to it until I used the Speed clay and a buffer. Now I have to try even harder to keep mine shiny.

Yea it certainly felt good to see it clean. First time since I've owned it that I've been able to put a bit of time into it. My headlights are shot unfortunately, and what looks to be hazing on the inside. I am finding sets on Ebay Australia cheaper than a single headlight in the US, crazy. The wish list for the car grows almost daily...

What did you use to wrap / paint the grille? How well does it match the paint?

Your car looks sharp. Definitely looking forward to cleaning mine up to too.
-2013 9C1
Top

I used some gloss black vinyl off of Amazon. Tomorrow I can find the exact item I ordered.

It was my first attempt at wrapping so it definitely can be better, but in terms of a match, if the car is black, IMO it matches fairly well. I mean I am sure you could nitpick but for the cost difference of painting, I'm pleased.

Thanks for comments. Black looks amazing when clean... then after one day of driving it to work it's shot. Oh well.

Love black but... Wonder how the dark grey is to keep clean ?
Top 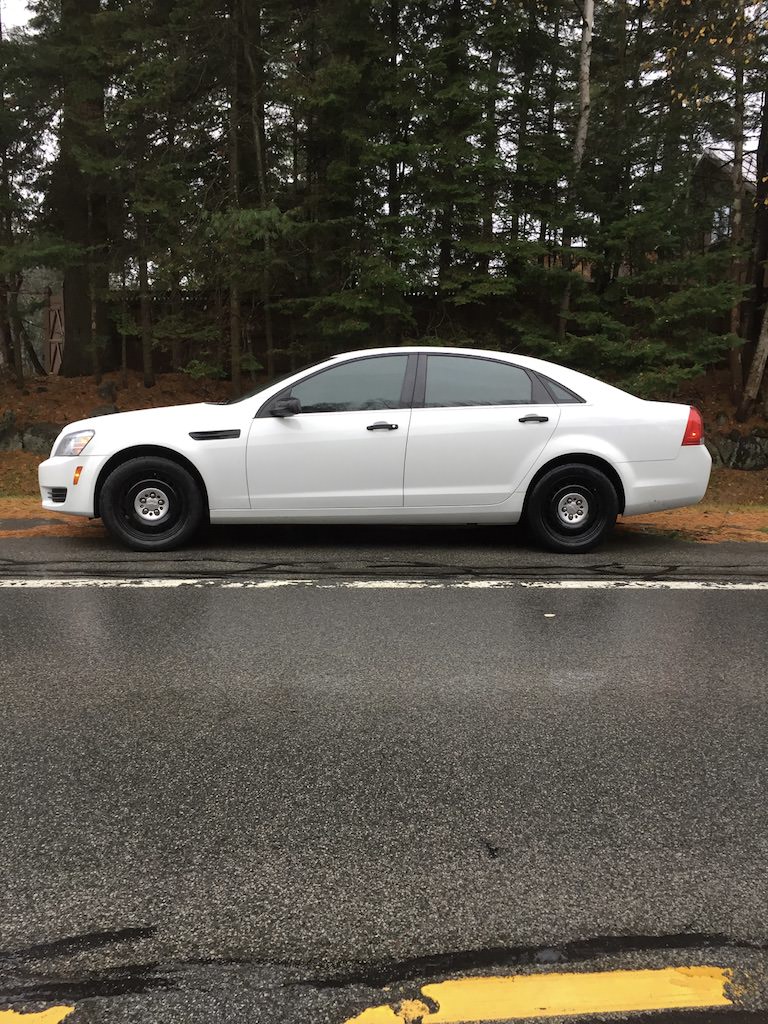 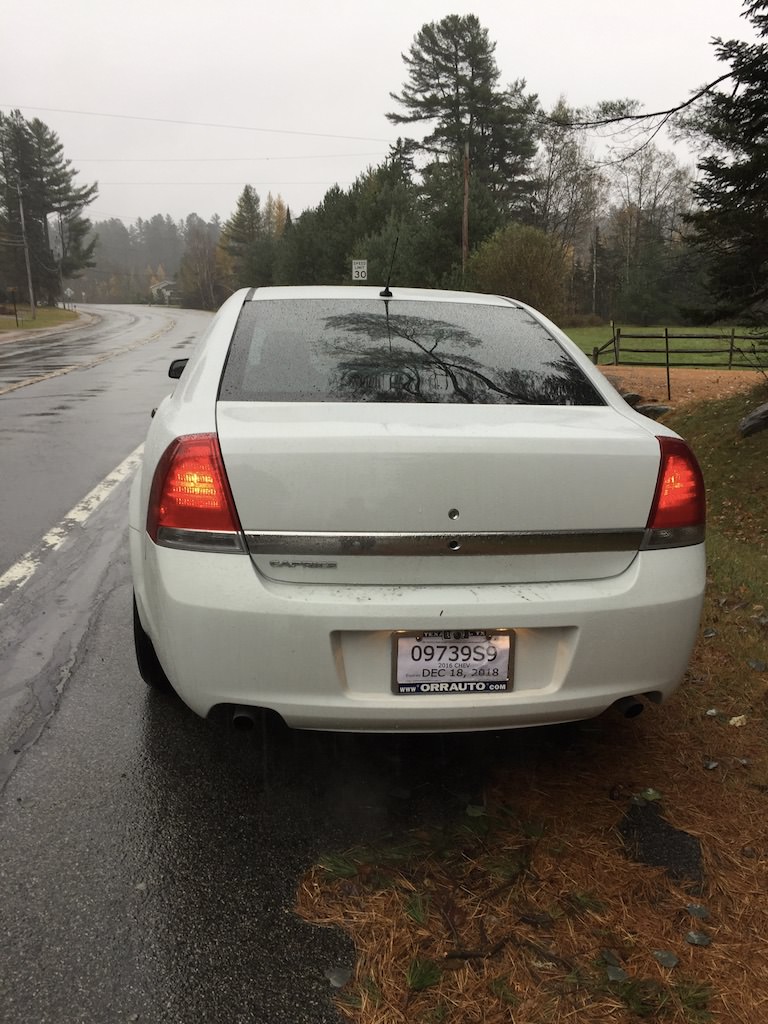 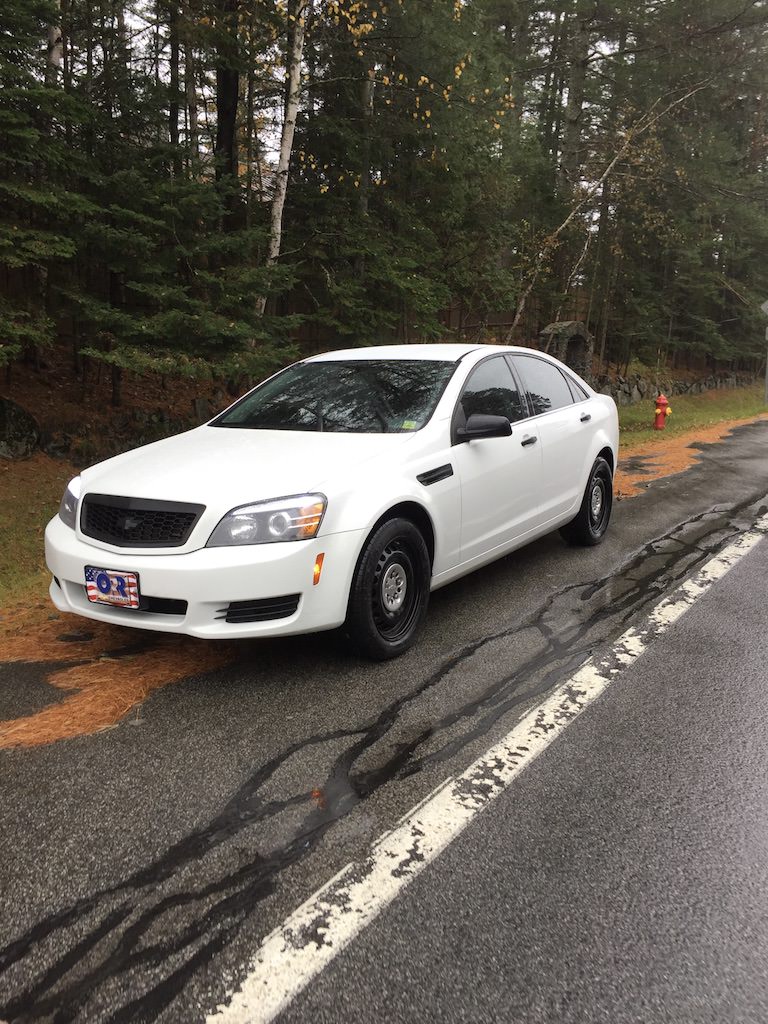 I guess I'll just make this my defacto "build" thread (if a mod wants to move it to the member's build section that's fine).

Removed my front bumper last night. At some point, someone put the retainer bolts that secure the fender to the bumper in UPSIDE DOWN, and at one point, someone reefed on it so hard they bent the metal on the fender, spidering the paint and resulting in some nice rust. One of the retainer plates cracked in half, and every other bolt that I loosened snapped so now I have to drill out the rivet and get more plastic plates. Is it necessary to re-rivet it or can I get away with just a tiny bolt and lock washer I wonder...

And the plastic clip things under the headlight I only broke 50% of the tabs, good thing it was one on each side of the car so I only have to buy two instead of one now

At least I removed almost all of the upfitter wiring off the front of the car, and now I at least know how to remove the front bumper. If the nuts and bolts aren't rotted, it's actually much simpler than I would have imagined. I aired out the headlights that were all condensed, and then dropped a neolydium magnet wrapped in a microfiber towel and cleaned the inside of the headlight lens. It sounds dumb but it actually worked, just need to do more. Re-RTV'd the HID hole I had to cut as well, maybe I can eliminate my moisture problem when it goes back together.

The main purpose of this was removal of the push bar brackets, which were rusted beyond all recognition. That tiny change actually makes the front of the car look 100x better however. I'll get some pics up this weekend.