I asked in another thread but got no responses so I though I would start a dedicated thread.

Any of you guys with 2014+ cars that have added fog lights how did you handle the headlight switch? I cannot find a good pic of the rear of a PPV headlamp switch but I assume they are the same as say the SS switches that have a fog light switch on them (press the circular button)

I still need to pull the pinouts on both the PPV and SS switches to see what wires need to be added if any but though I would ask if anyone has already done the ground work on this. Hoping it is just a single wire ground activated like the 11-13's.

Here is a SS switch I have on the way to me. I would assume the PPV are the same just without the HUD switches on the left: If anyone can post a pic of the front of the switch in the PPV I can't even find a clear shot of that.
EDIT Found one on autotrader. Yea I bet the headlamps parts juts switch out.

Although is it me or does the SS switch with the fog lamps look more black where as the PPV looks gray?? Then there is the matter of LED color. What color is the backlight in the headlight switch on the PPV?

Still have to test but I believe the terminals for the headlight switch are JST. The service manual lists the replacement as SAIT-A03T-M064 but that is for the small wires GM uses. I have been using the same terminals only a slight bit bigger for the AUX cords for a few years now so I got a supply of those. Those are SAIT-A02T-M064. Bit easier to work with a larger wire.

EDIT: Good news here the wire from the headlight switch (Cavity 12) to the BCM is present so we do not need to make up a wire.

Well if you want to wire it like factory we can enable them in the BCM. The fog lamp indicator is likely already enabled in the cluster as well food for thought. PS you should add the HUD too LOL

Reading the circuit description it does not seem to be the same as the 11-13 in that they turn on with a momentary ground as opposed to the 11-13 that just use a continuous ground. So a trip through the BCM maybe the best solution.


Chris have done any work on 14+ yet? Think the fog light functionality would be active already? they usually do stuff like that on BCM's?

No Moa wrote:Are the pigtails down buy the lights for the fog lights or do you have to run your own?

They were not for the 11-13's Would not suspect 14's to have them since it never was an option in the US. Probly the same for the BCm programming now that i think of it.
Steve Walker
Azusa, CA
'11 PPV 9C3 Huron White
Top

I have been reading up on how to make the momentary switch work with relays. There is a configuration called a latched ladder that will work. Of course making one yourself is a mess of wires but the alarm company DEI does make a module that handle that type of input. For $12 it's not a bad solution just have to figure our where to mount it. This of course is a way to bypass the BCM reprogram. If you were to program the BCM to accept the fog light signal the BCM would handle the work of the DEI relay module. So the BCM reprogram would be the more elegant route to take. The last piece to determine is if there are contacts in the underhood fuse box for the fog light relay and if those contacts are wired up inside the fuse box. 11-13 they were not, 14+ I am not sure.


EDIT so it seems our Impala Brethren had the same issue. A company BB Engineer laid out the solution using the 611T module. Looking at their site now think they are no longer in business. So everything would work except the indicator in the cluster. But as long as you wired the relay to turn off with the parking lights or vehicle ignition you would never really have to worry about them staying on and needing the indicator.
Steve Walker
Azusa, CA
'11 PPV 9C3 Huron White
Top

Just updating the thread here with some more connector information. Trying to gather my thought to see what wiring would be needed to add fog lights to a 14+ PPV and keep it as factory as possible.

If you wanted to add fog lights to the bumper there is a connector already there you can add wires to to send your bulb harness power through connector X100 (FRONT FASCIA HARNESS TO BODY FRONT HARNESS). Here is the service manual diagram of X100: 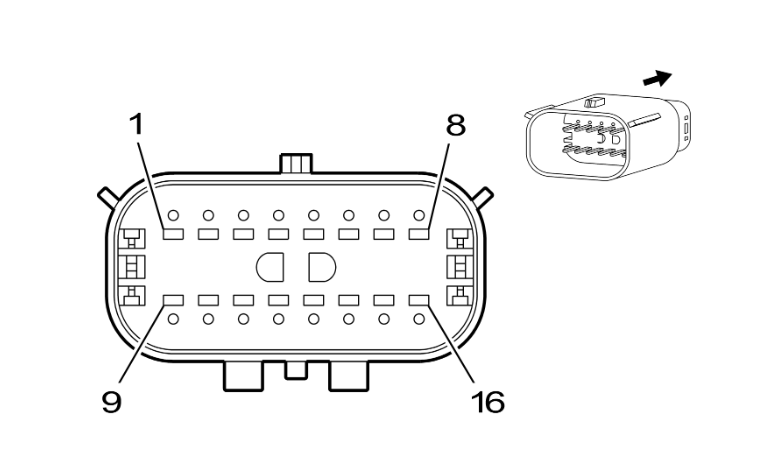 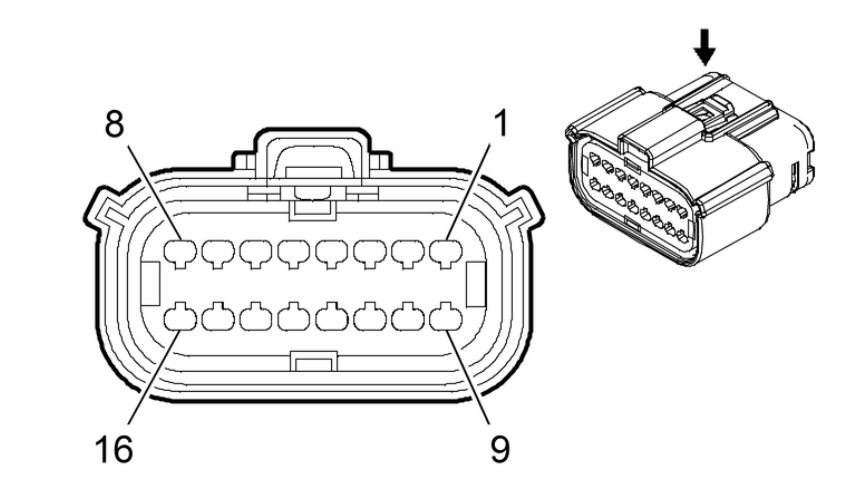 It is a Molex MX150 Series Matte Sealed Connector. Here are the relevant pages from the Molex Catalog 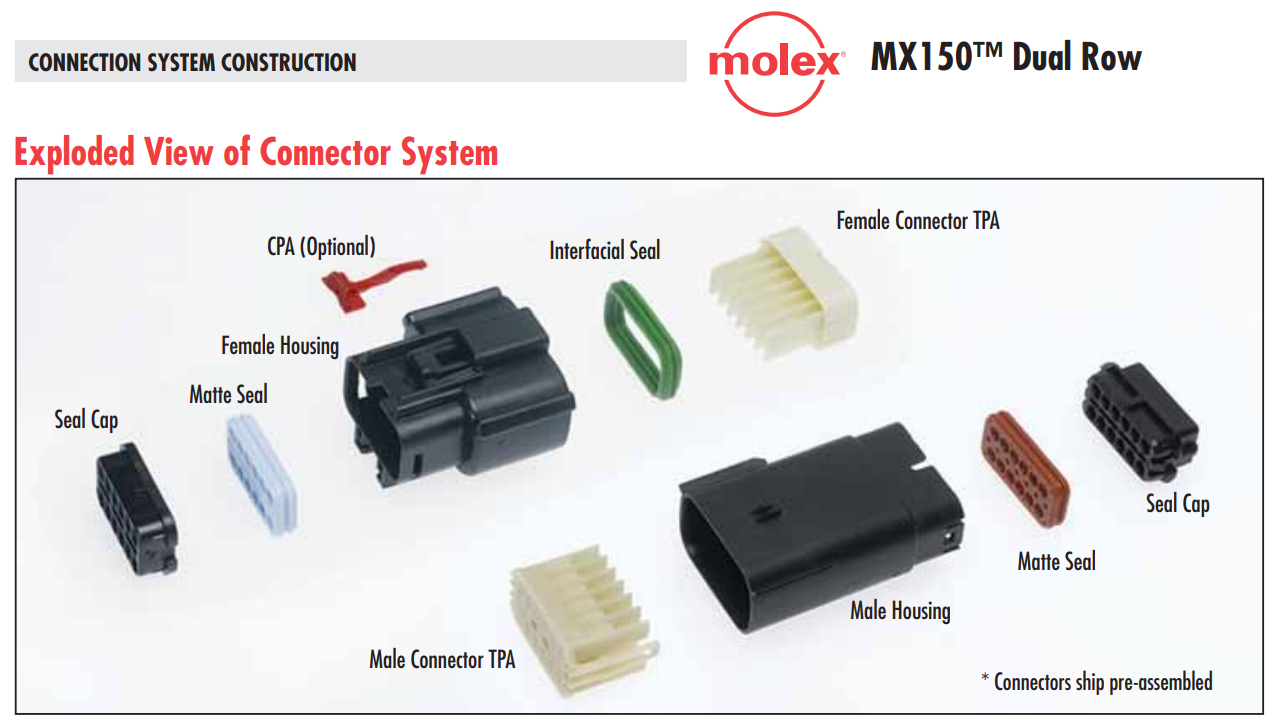 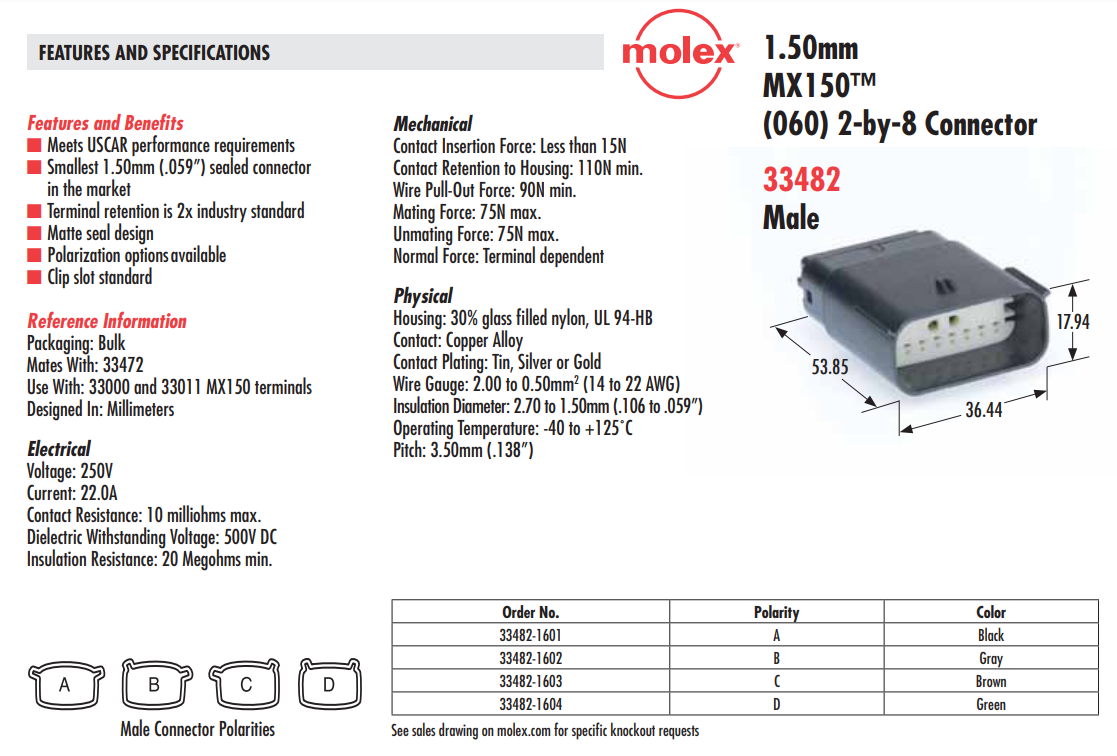 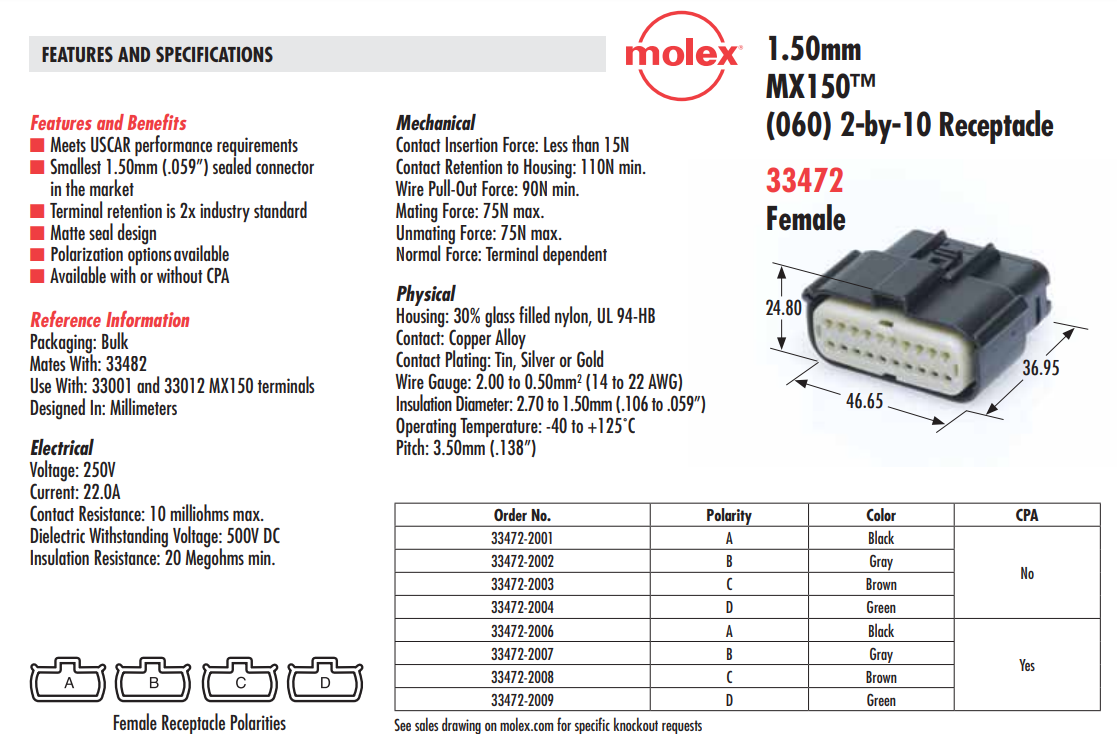 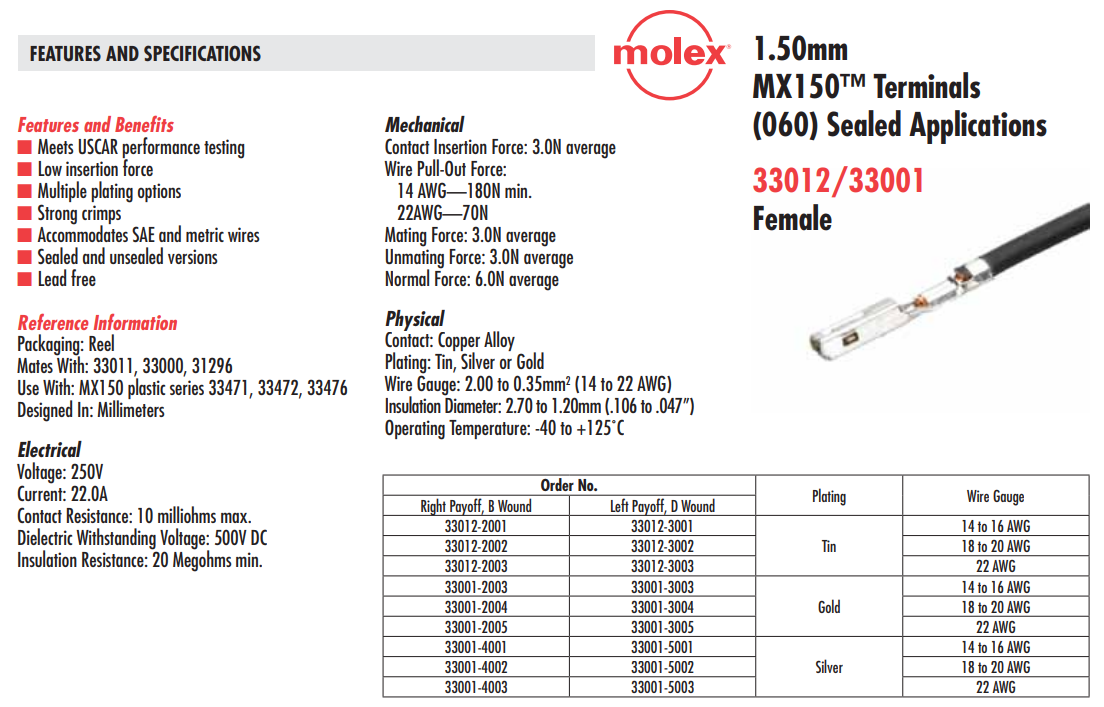 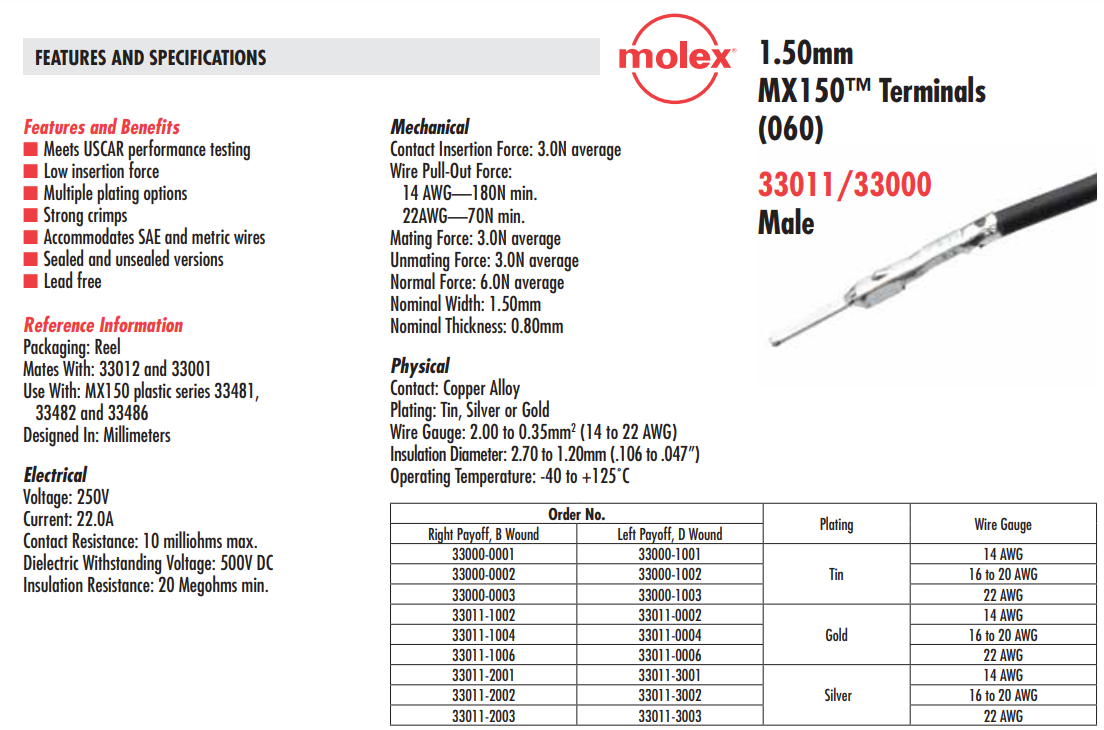 The terminals to use would depend on your wire size. Using a size 18 awg for the bulb harness is usually good. Factory is probably 20 or 22 but better to have some extra capacity.

Actually let me look at the SS pinout and see what they say for wire size on the fog lights:

I took one of these apart when doing my SS project and man are they hard to take apart and even harder to get the terminals out of. But inserting some might not be that bad. This style of plug is used throughout the PPV and SS in various forms.
Steve Walker
Azusa, CA
'11 PPV 9C3 Huron White
Top 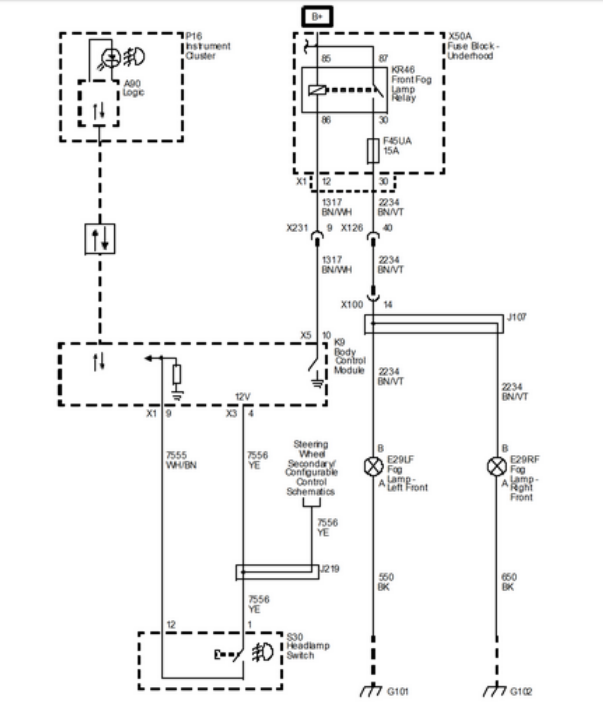 Coming out of the headlight switch at spot 12 (terminal information in post 1 of this thread)
Drawing and pinout of headlamp switch connector: 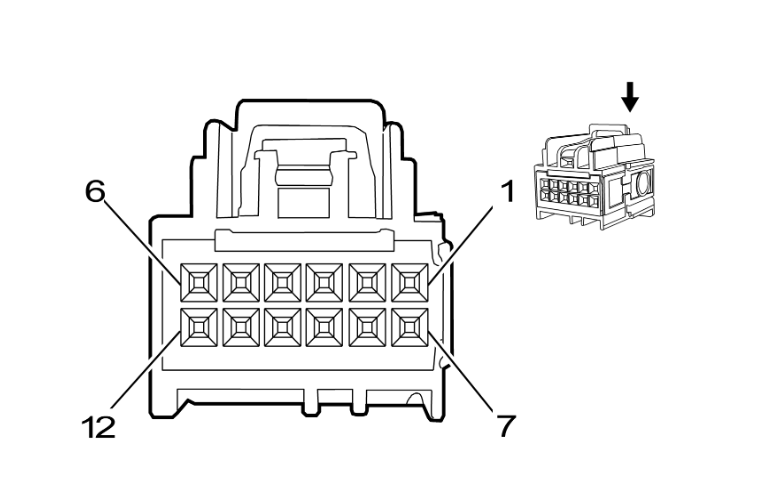 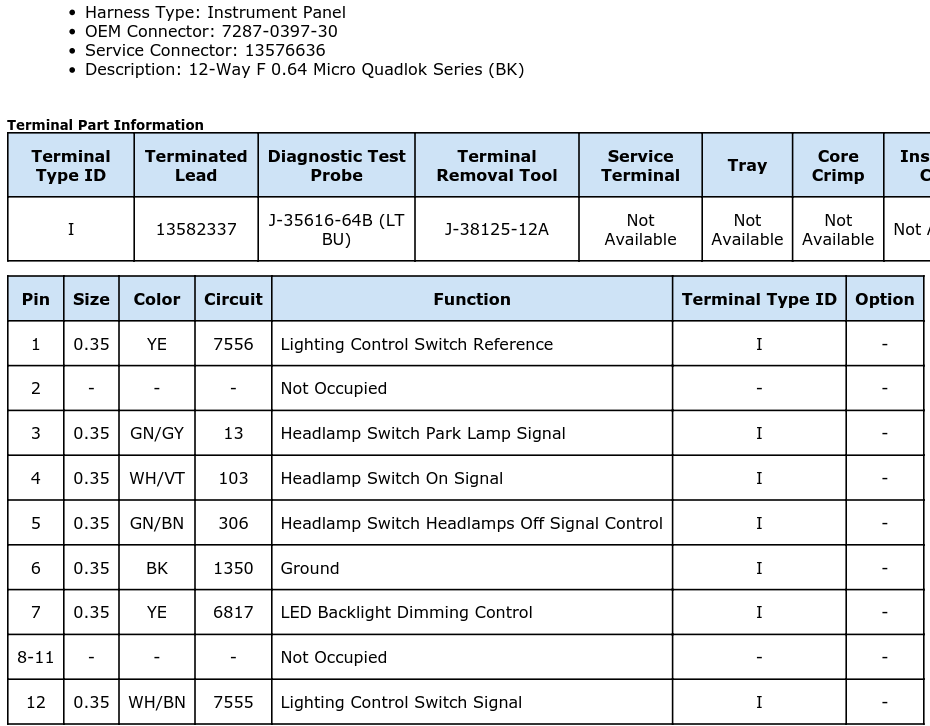 BCM connection from the headlamp switch would be connector X1 (White in color) Cavity # 9
Terminals for the BCM would be roman numeral II 13575259 - Thats the GM part number for the terminal with a wire attached (Pigtail) - If you want to mak your own wire see next line.
BCM Terminal information here: BCM Terminals 11-17. 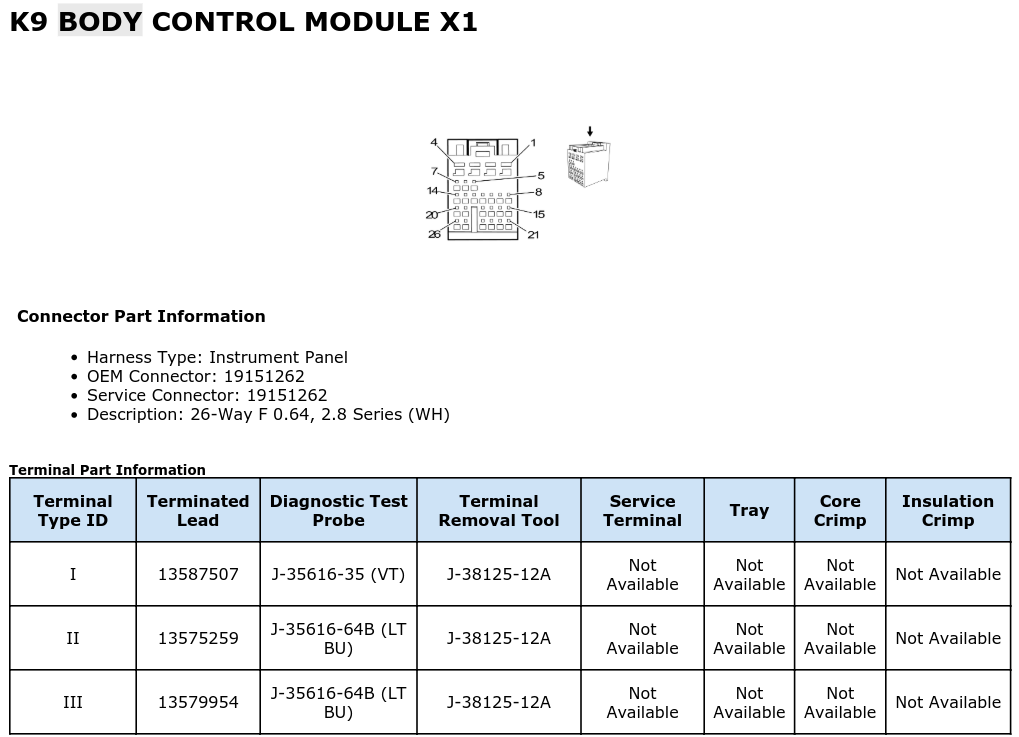 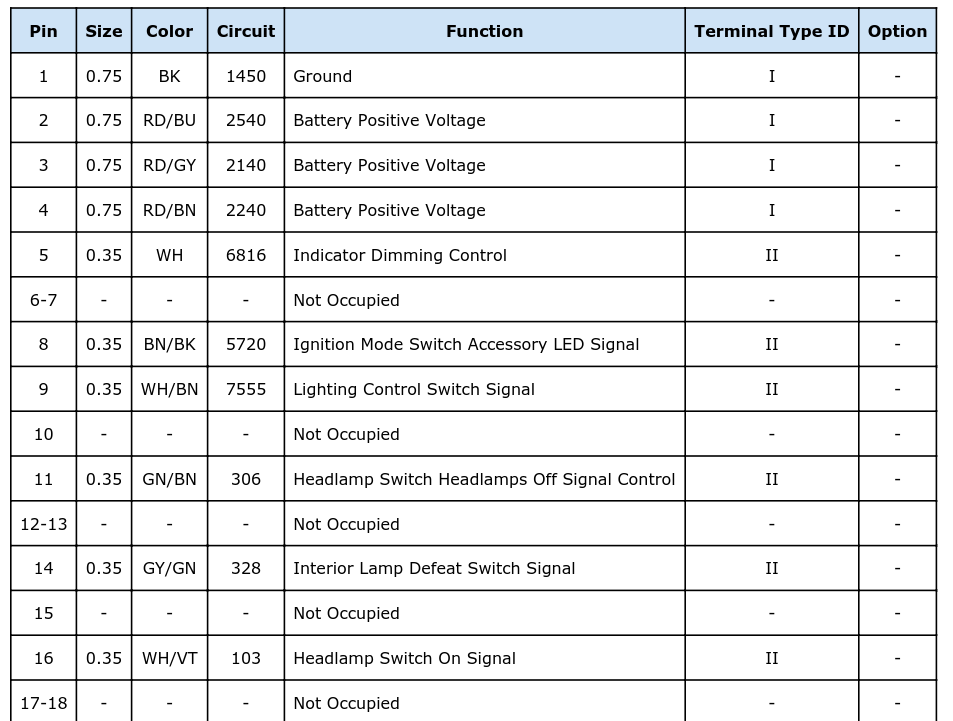 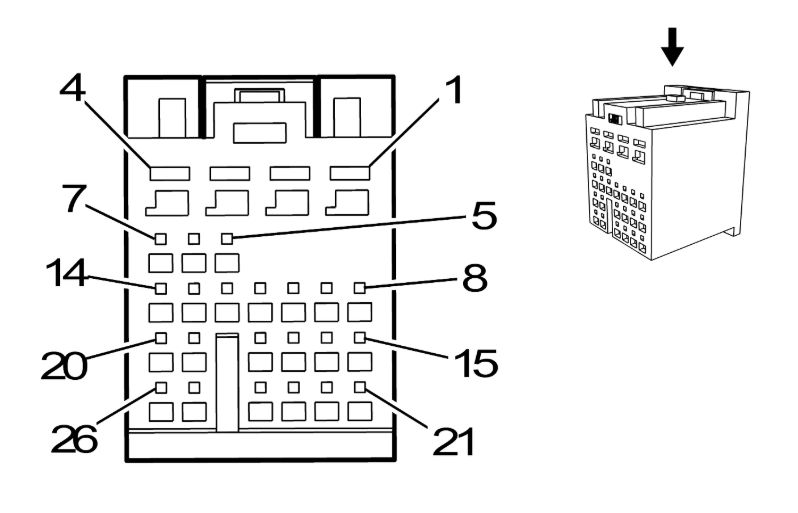 From the BCM to Fog Light relay that wire will come out of Plug X5 (Brown in Color) Cavity #10 . And it looks like the BCM sends a ground to activate the relay - Not 12 volts. So similar to the 11-13's 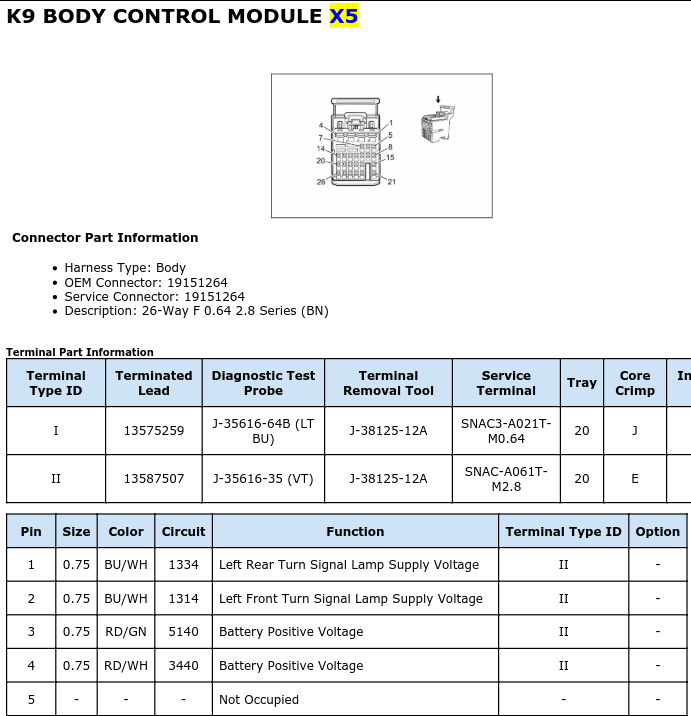 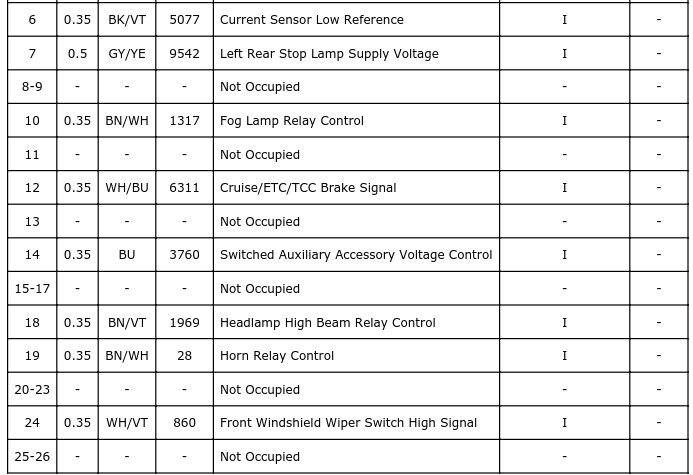 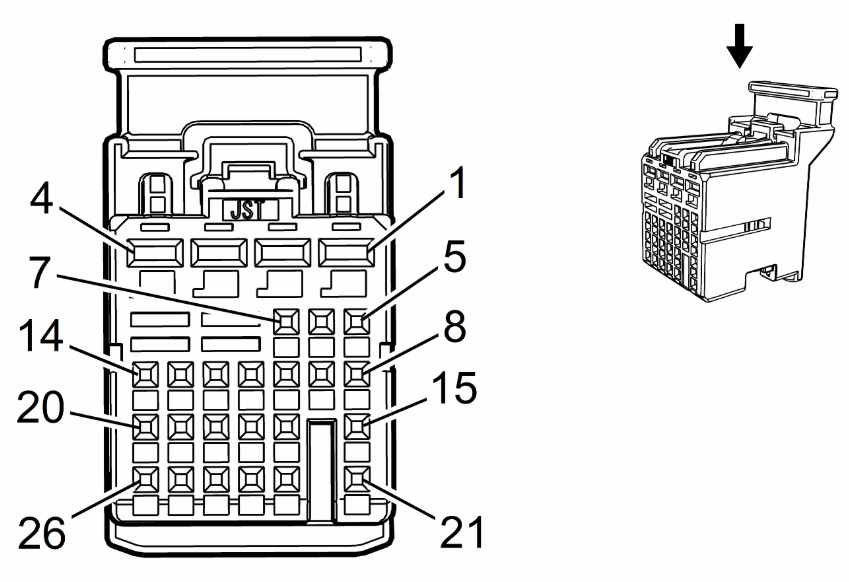 And where the Fog Light Relay should go in the underhood fuse box: (Not sure if terminals are in there or not)
Fuse is spot 45.
Relay is spot 44 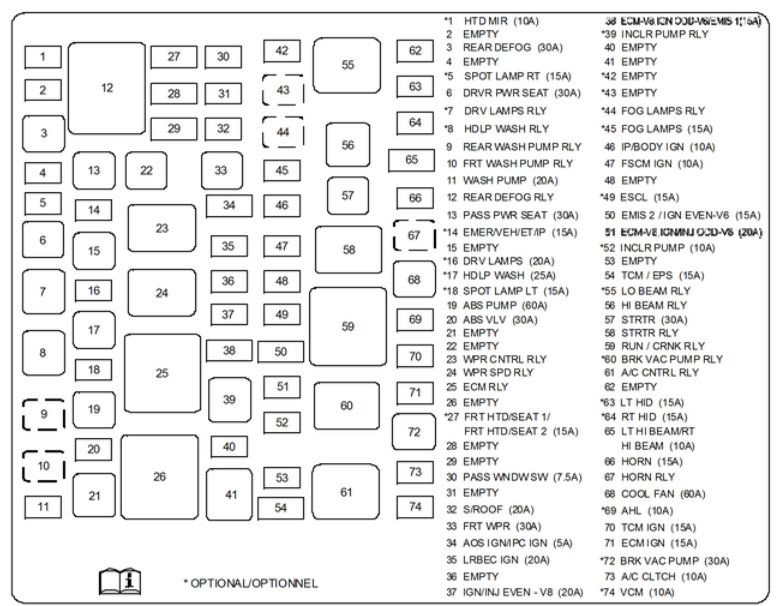 So if the fuse and relay spots are inactive in the PPV model fuse box then there is no sense sending power through the fuse box for the fog lights, just do an external relay like on the 11-13's.

EDIT: Some good news.
The wire from the headlight switch to the BCM is present.
THe wire from the BCM to the fuse box is not present
The Relay spot in the Fuse box is blocked off - So no good for doing it through the fuse box. EDIT: Someone corrected me on this item and said there is actually a relay on the board for the fog lights. I have yet to investigate it but it may be a similar situation to the trunk release relay on the rear fuse box where there is a non serviceable relay soldered to the board. And you cannot see it by looking at the fuse cover.

Here is a pic of the under hood fuse box circuit board. There are 5 relays on there! And the fog light one seems to have pins exiting the fuse box so it could very well be used and wires added to get it active. Although the wiring diagram seems to be incorrect. It says both wires for the fog light circuit activation are in plug X1. I found there were in 2 different connectors. Pin numbers seem to be correct just have to figure out what connectors they are in.

Getting the wires from the BCM to the underhood will not be as easy as it was in the 11-13 by just adding onto one of the 4 upfitters wires. The 14's have the same wires but the connector ends of that wire are in the center console not in the passenger kick panel like the 11-13's - So either a splice is in order on a real big harness that I am not even sure how accessible it is because I have my test harness out of the car and I cannot remember where it was inside the dash. So might just be easier to run a new wire from BCM to activate a relay under the hood.
Steve Walker
Azusa, CA
'11 PPV 9C3 Huron White
Top

Well 3 years later I finally had an opportunity to try this setup and was surprised to learn it is not as simple as I thought.

Looking at the SS wring diagram for the fog switch it seems like 12 volts comes in, the button gets pressed an 12 volts goes to the BCM. But it acts differently. There is 12 volts at all times at cavity 12 of the headlamp switch. And when you press the fog light switch the voltage drops 1 volt. It seems to be this 1 volt drop that the BCM detects as a turn on or turn off command. All of the functions of the headlamp switch seemed to have this style of activation. I searched a while on how to convert this 1 volt drop into an on / off signal but could not find anything easy. If you guys are doing this project please measure on your car and see if you get the same results. I am stumped.

So I ended up hooking the DEI module to the third button in the SS console switch to activate the fog lights. The DEI T611 worked like a charm. Just used one of the under hood upfitter wires to send the signal to the under hood area and the relay mounted under there.
Steve Walker
Azusa, CA
'11 PPV 9C3 Huron White
Top

was the quick easy way to have them working , and not going inside the car , i got the light harness from amazon with a relay and switch , was less than 20 , and plugged right into the lights , only needed to do the ground , 12v and switched
Top
Post Reply
10 posts • Page 1 of 1